Paris Hilton just did something super daring. OMG the courage it must have taken to do this! She released this documentary called “This Is Paris”. The complete video can be watched a little further down this page.

As a teen (around 15 or 16) she was kidnapped from her bed (authorized by her parents but without warning to her). Just the start of her story is so traumatic. Rich kids are warned about kidnappings and here it’s happening to her in the middle of the night. Nobody told her this was going to happen. She must have felt the darkest fear in that moment.

She attended multiple “boarding schools” designed to reform bad apples. The treatment was traumatizing on many levels. She stayed until age 18 when she was finally free to leave. But the damage had been done for the rest of her life. She coped by developing the personna of Paris the-larger-than-life-dippy-sweet-jetsetter we’ve known her to be. Yet she’s actually quite bright, ambitious and capable. The dippy character was all a mask to help her cope. And who could blame her?

But when your mask is your coping tool, then how do you ever dare to take off the mask and let people see the real you? She dared. She did. Bless her heart. She did it!!

I am thankful to her. She’s done a lot for the rest of us who – like her – suffer from Complex PTSD (C-PTSD). She’s given a face to the condition. She’s given volume to our quiet voices. Thank you Paris. Thank you.

I share many of the PTSD traits that she struggles with. Removing the mask is a special kind of hell when there’s nobody to “catch you” once you feel vulnerable. Like her, ambition is my only comfort. I am a workaholic too. All in the pursuit of – one day – feeling safe. Her journey gives me comfort and strength. If she can do it on such a grand world stage… then just maybe, I can too.

She’s brave. She’s badass. I love her for it.
Thank you Paris for being you!

We thought we knew Paris Hilton. We were wrong. This is the untold true story that shaped the woman, and the iconic character she created.

The Real Story of Paris Hilton

Paris Hilton is an Worldwide television personality, socialite, business woman, model, authority , actress, DJ, designer, singer and is one of today’s most recognizable figures! In 2006, she created Paris Hilton Entertainment, a multi-billion-dollar company consisting of 45 branded stores throughout the Middle East and Asia selling handbags and other consumer products. As a Hilton has built a global empire, and this year will expand her brand with new apparel and beauty launches in China and Korea.

She released her debut studio album, Paris, in 2006 on Warner Bros. Records. The album reached number six on the Billboard 200, and has since sold over 800,000 copies worldwide. In 2013, it was announced that Hilton had signed with Cash Money Records. Her latest single, “I Need You”, was released in 2018.

Wiser Daily ~ About Us 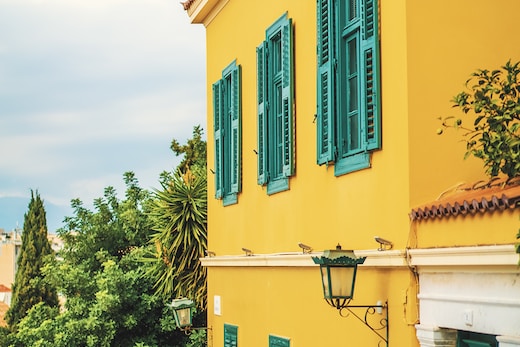